Quarterly newsletter for friends and supporters of Music Voyage

We welcome the new year and look forward to another decade of making music. From the KZN Youth Orchestra and beyond, we’re so excited to see what the talented children will achieve, and how we can partner with our generous sponsors and the community to make this possible.

The KZN Youth Orchestra: Nottingham Road based sisters and Music Voyage Saxophonists, Phila and Luyanda, have been part of the NPO since its inception, starting out by learning the recorder. The sister’s recently did their Grade 6 Trinity College of London Saxophone exams and Music Voyage is incredibly proud of them and their 10-year commitment to a skill they’ve really enjoyed learning.

However, their most exciting achievement to date is their successful audition into the KZN Youth Orchestra. They have just completed the first practise camp in January, and Music Voyage is currently raising funds to ensure they have weekly transportation to Umhlanga, they have the correct uniforms and they’re able to attend all camps and tours.

2019 Christmas Concert: As always, the concert was a real treat for the community, and for the children who love performing for a captive audience.

The concert was once again hosted at the lovely Karkloof Club, such a great venue. The Howick school choirs joined the Music Voyage choirs from Hawkstone, Triandra and Yarrow, and together with our musicians, they played a beautiful festive set. Father Christmas arrived with sweets for the children, Woolworths donated cakes and other delicious goodies and Greendale Spar provided hot dogs.

A marquee tent was hired to mitigate any chances of the bad weather ruining the evening.

The Marimba band: The band, under the leadership of teacher Justice Hakata and band leader, Sthembiso Mbhense, participated in the Manic Marimba festival at Ashton College, in Ballito. The children took two second-place trophies for both categories entered, but they were able to achieve some personal firsts as well. They spent the night away from home in a beautiful AirBnB, and got to spend time at the beach.

The band also played a welcome set for the Drakensberg Boys Choir Concert held at Michaelhouse, as guests arrived and received incredible feedback while playing.

They were also invited to play at events such as the NCT AGM, and the Howick Prep annual music evening.The next exciting event was a fundraiser at the Misty Falls Spur in Howick. The Marimba children did a Shadow shift acting as waiters and waitresses for the evening.

The Choir:The Hawkstone Choir were invited to participate in the Howick Prep School Choir Concert. They really shone while performing alongside the HPS Dinkys, the HPS Senior Primary Choir and the Howick High Choir, showing remarkable improvement under the guidance of their conductor, Mrs Zuma. The choir also entered the Michaelhouse Choir Competition. They sang their hearts out and did themselves proud.

The Strings Ensemble: The Violin Group at Thembelihle School entered the SASMT Eisteddfod in Pietermaritzburg in August and played two outstanding pieces. They were awarded a Gold (85%) and a Silver (80%). Music Voyage was delighted to receive an instrument upgrade. Earlier this year a donation of five new violins was made to the NPO, as well as new violin cases to keep the old instruments safe and in good repair. In this way we’ve been able to introduce even more children to the instrument.

The Recorder Group: The Lidgetton Recorder Group, who have been honing their skills for some time, also attended the SASMT Eisteddfod. They each played three pieces. Group A was awarded two Golds and a Silver, while Group B achieved a Gold and two Silvers. What’s more exciting is that some of the children who started with the Recorder have graduated to playing Violin, a more technical instrument that demands discipline and dedication from the children.

Marching Drums: Our Drummer boys and girls rush to their lesson each week where they start with beating rhythms on drum pads. They play with accompaniments across a range of genres. Most recently their teacher Allan, has added other percussion instruments to create a variety of sound effects to their work.

New staff: What’s really important for an NPO like Music Voyage and the larger community it supports is access, reliability and trust. With our new driver, Bheki Shelembe and our branded 10-seater Music Voyage bus, we’ve been able to transport the children to and from their lessons, weekly without fail. We’re also able to ensure the children can engage in performance opportunities and have a blast while doing so.

If you’re planning a special occasion that requires a special performance, keep our musicians in mind. It’s wonderful for the children to get out and about, and makes for an effective fundraising opportunity for Music Voyage.

Give a personal gift of music 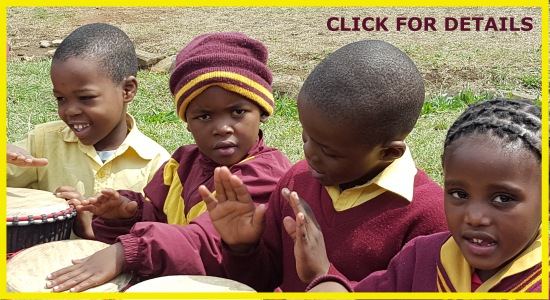 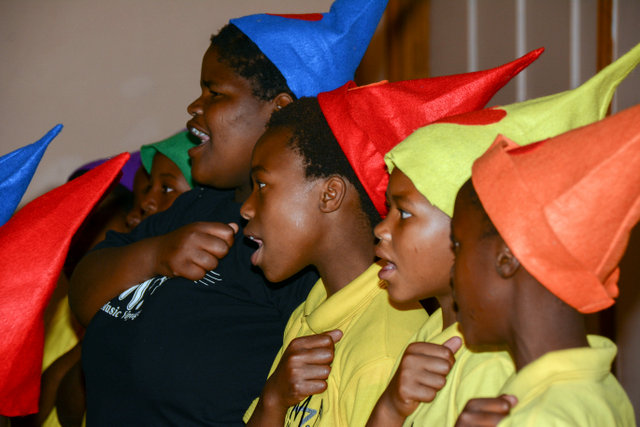 To develop positive values and invest in the self-worth of individuals through the provision of music education.